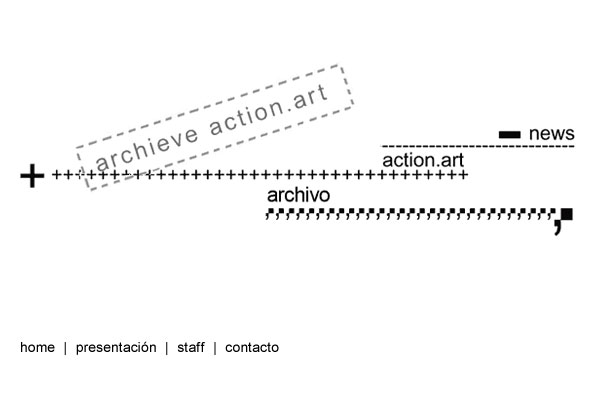 For the publication of issue #55, the digital journal InterArtive will publish a special issue dedicated to diverse aspects of the current discussion about Art & Mobility. Theorists, critics, curators and artists who work on the subject are invited to participate.

Artistic practices and creativity are directly and closely linked to mobility. A great part of the art and architecture that we know would not have existed if it werenâ€™t for the urge to travel, to discover, the need to go beyond the limits â€“ territorial and intellectual â€“ of the known. To reflect on mobility today means to widen the perspective, to go beyond the concepts of travel, discovery and displacement; it calls for an analysis of the social, political, economic and cultural phenomena linked to it. When asked about her perspective on performance, the independent curator Daniela Labra stated with simultaneous confidence and perplexity: â€œBrazilians are performative. We deal with the body in a libertarian way, but we are also impregnated with moralisms.â€ The paradox raised by Labra can be identified in almost every aspect of Brazilian culture and social behavior. Nevertheless, her statement also addresses a poignant criticism to the conservatism of art institutions.

Labra has been working as a researcher and curator of performance works since 2004. In 2011 she conceived the Festival Performance Arte Brasil at the Museu de Arte Moderna do Rio de Janeiroâ€“MAM RJ. The six-day festival received a grant from FUNARTE/MinC (The National Foundation for the Arts/Ministry of Culture) in the amount of approximately USD 125, 000. A curatorial team formed by professionals from different regions of the country composed the festival program, which presented the work of more than forty artists and art collectives.

TM Do you think that current art tries to make a star out of the creator?

SS Art is conceptual entertainment. Regardless of how radical it is, it has a great penetration on the market.

â€œThe short-lived bubble economy at the end of the 1980s was a period of collective hysteria, a crazy time of frothy fortunes, pie-in-the-sky projects, and lavish living that suddenly evaporated. The impact of the crash of the stock market and land prices has had profound consequences, hammering banks, businesses, investors, borrowers, customers, and employees.â€[1]

Echoing the â€œboomâ€ of the Japanese economy in the 1980s was an explosive feedback caterwaul shot from underneath the countryâ€™s ballooning stock markets. A potent mixture of ecstatic improvisation, raw performance and psychedelic sound mangling, â€œnoizuâ€ (noise music) manifested as a violent and transgressive practice juxtaposed against Japanâ€™s sleek hypermodern expansion. Acts such as Hanatarash and Hijokaidan emerged from the underground eager to destroy not only their ears but their bodies in each performance. Enticed by rumors of blood and auto-destruction, audiences grew in number and in determination to be assaulted by sound. They entered concert venues as war-zones: chainsaws, backhoes, shattered glass and industrial tools were accompaniment to blown-out guitar fuzz and distorted human shrieks. Artist profiles and mythologized tales of performances were disseminated in zines while cassette tapes documenting live recordings and bedroom studio experiments were bartered across oceans. These artifacts were quickly consumed by like-minded listeners in America, Europe and elsewhere, prompting the moniker â€œJapanoise.â€